I last reported from Palo Verde National Park, and moved from the lowland dry tropical forest to the high cloud forests of Monteverde.  I visited the Santa Elena Bosque Nuboso, the CuriCancha Reserve adjoining MonteVerde, and the Finco Ecologico San Luis over a 6 day period with guide Adrian.  At the entrance to the cloud forest Santa Elena I was shown one of the more unusual creatures I have ever encountered.  On a mossy orchid plant on the side of a tree was a irregular looking moss covered and mossy shaped twig which turned out to be a moss stick insect.  Very rare to see, it had been observed by one of the rangers since birth and had lived in the same spot for 8 months as it fed on the orchid plant.  See if you can spot all six legs in the photo below – from the tip of the back legs to the end of the front legs it is about 5 inches long.  I also was fortunate to hear multiple times, and spot (at a distance) the Three-wattled Bellbird, an exotic which all birders look for.  A number of other bird sightings led to some decent photos. I also got some great shots of a Side-striped Palm Pit Viper deep in the rain forest – the snake is deadly venomous, but very beautiful.

It rained every day at various times and was often foggy, and so the area lived up to the name cloud forest.  Whether walking the roads or trails, nothing is level – all is either steeply up or down. I had a lovely polished wooden cabin with private veranda overlooking a small forest ravine with huge trees, where I enjoyed wine each afternoon.

On Saturday afternoon, May 8, after photographing birds in Curicancha all morning, I was working on photos on my computer when I kept being bothered by a greying of my vision from the left eye in toward my nose.  After an hour, and closing each eye and checking my peripheral vision, I soon realized I had the start of a major retinal detachment in the left eye.  Leaving such unchecked for even a few days can result in total blindness.  After a hellish 6 hours extending well into Saturday night, and with some major help and luck, I was able to arrange a return flight for the next day back to the US and an early Sunday morning taxi to take me from the cloud forests down to the international airport.  I was able to get the required negative covid antigen test and boarded the United flight to return me to Tucson via Houston, arriving Sunday night.  First thing Monday morning, after a slew of telephone calls (finding my retinal specialist had moved to the Nebraska Medical School to teach), I was able to get an emergency visit with a top rated retinal specialist.  After 5 hours in the Drs. office, with a number of laser procedures to protect my right eye from a similar fate, I was scheduled for major eye surgery on the left eye the next morning, May 12, less than 70 hours after I discovered the detachment.

After surgery I have spent almost 10 days with a required “face-down” position, including during sleep. A large bubble of gas was injected into the left eye after the reattachment, which in the face down position rises to press against the retina at the back of the eye to hold and help keep the retinal reattachment In place. Except for one taxi ride to the Drs., I did not leave my house for 10 days and remained face down at all times. As of today, 10 days later, I finally can look up and ahead again and start walking and driving carefully.  However, my left eye will essentially be blind for up to 9 weeks as the gas bubble slowly is absorbed.  The official report as of yesterday is that the surgery seems to have gone well, and I have a 90% chance of recovering most of my vision in the left eye.  I cannot fly or change elevation for the next 2 months, and probably will be unable to travel for up to 6 months.  I may take a year to fully learn how much vision is restored.

So, unfortunately, my Costa Rica trip was cut short by 7 weeks, but chances are good that my rapid return to the US will have saved my eyesight.  Later Dave 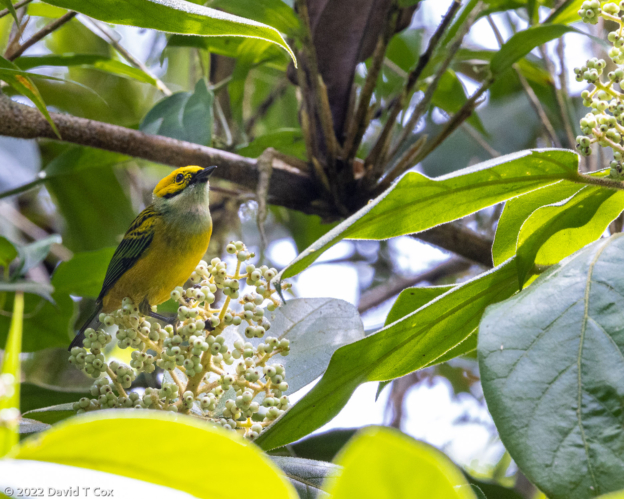 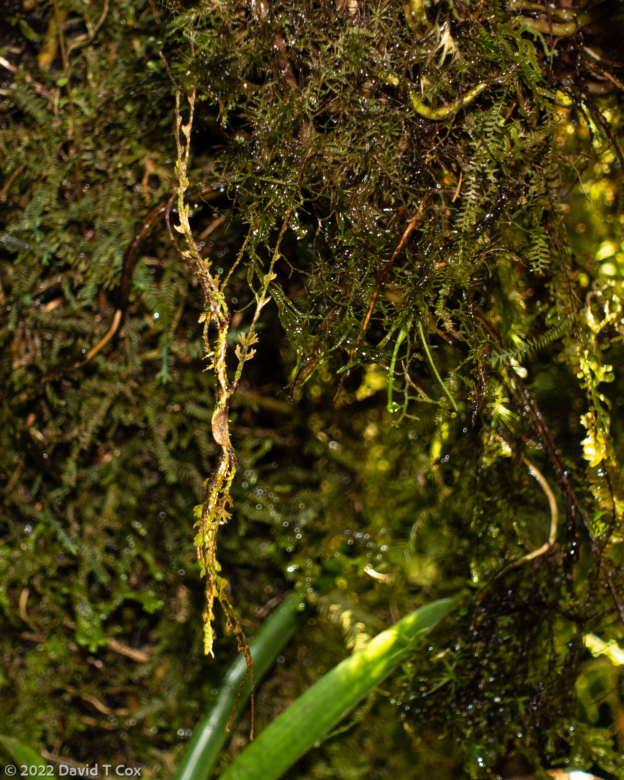 Moss Stick Insect, has stayed in this orchid, upon which it feeds, for 8 months, Santa Elena Bosco Nuboso, CR 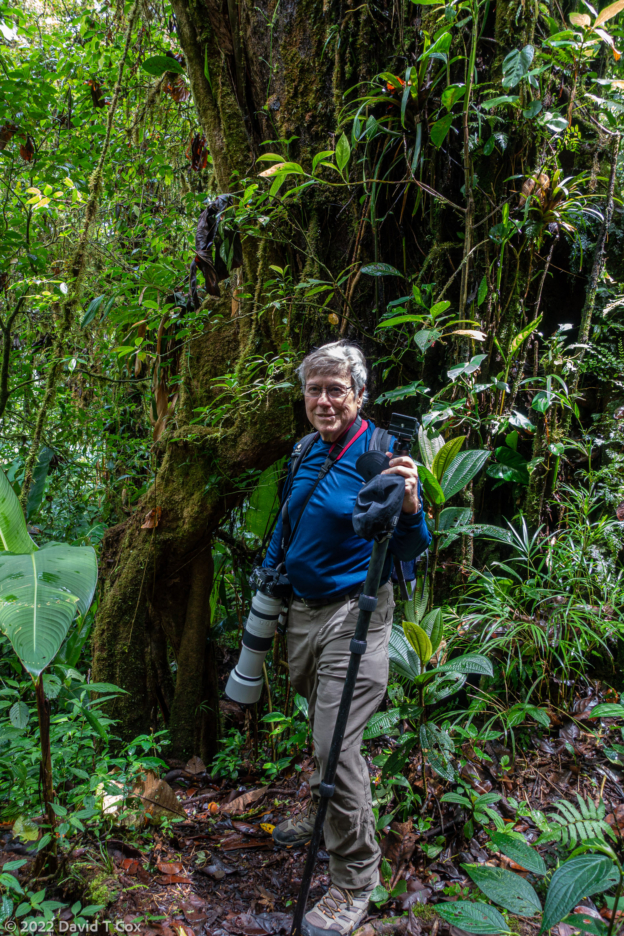 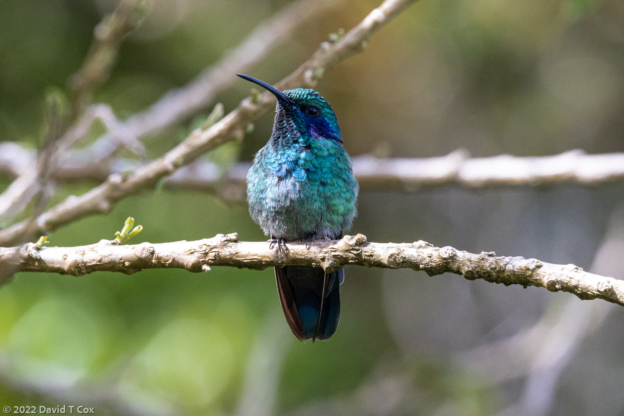 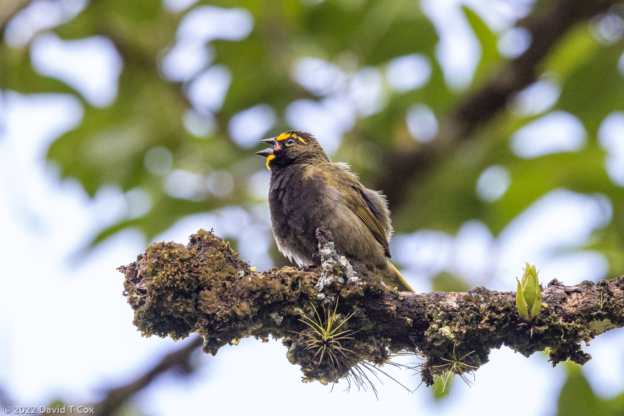 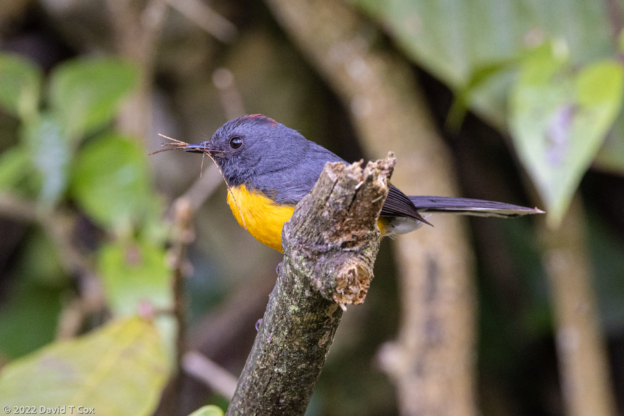 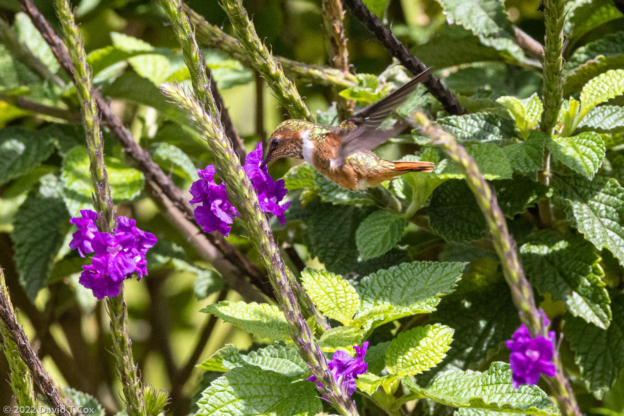 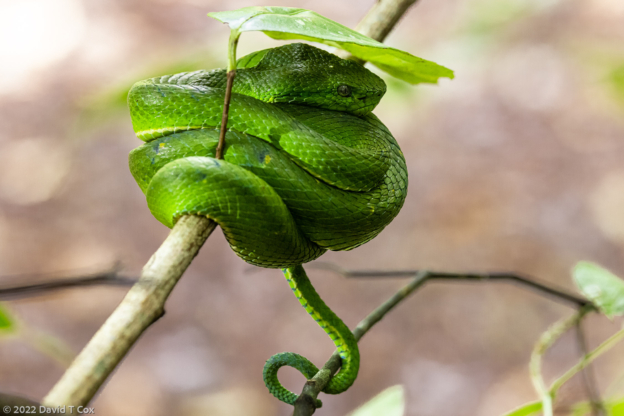 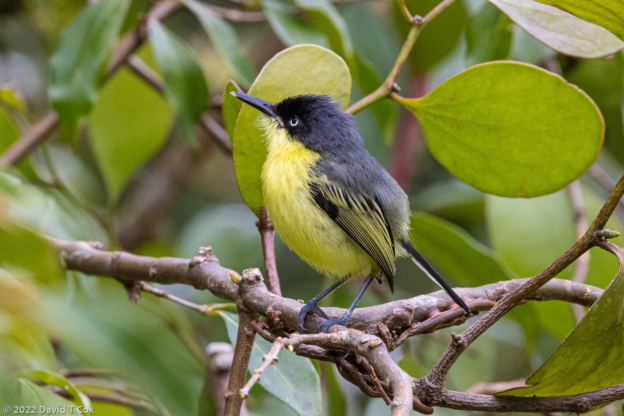 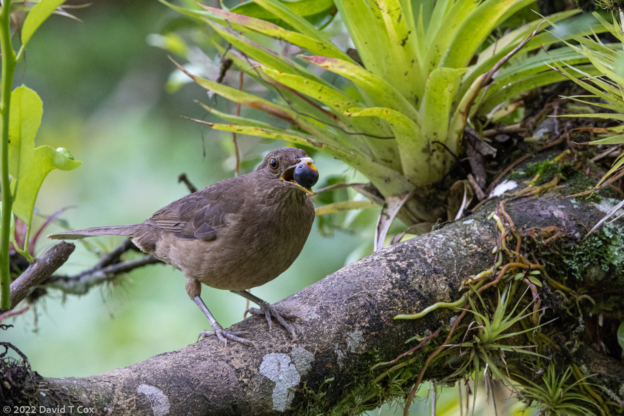 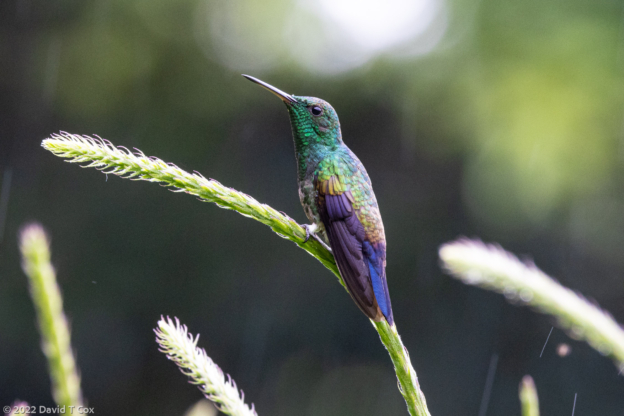 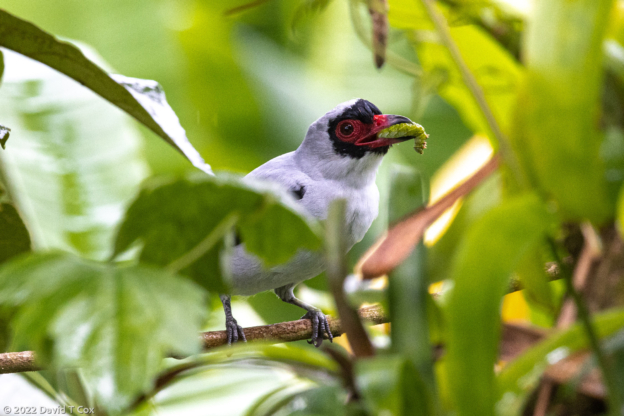 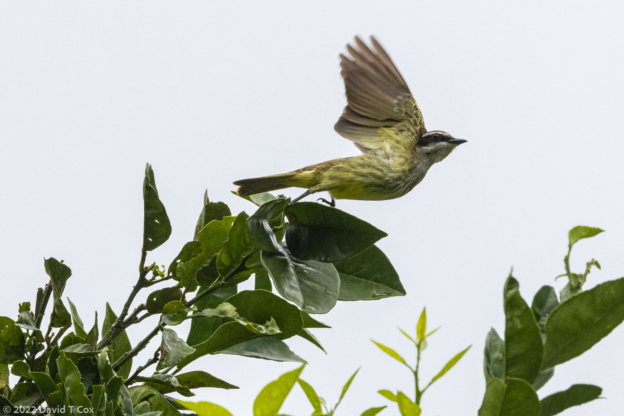 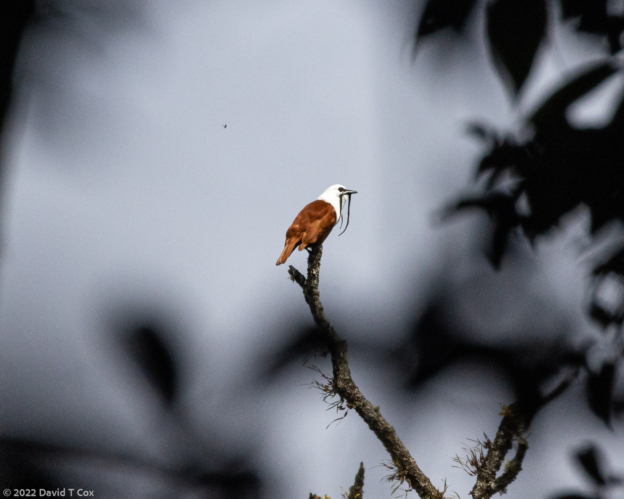 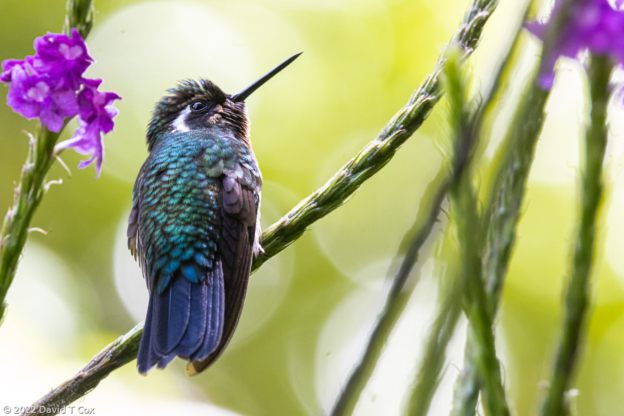 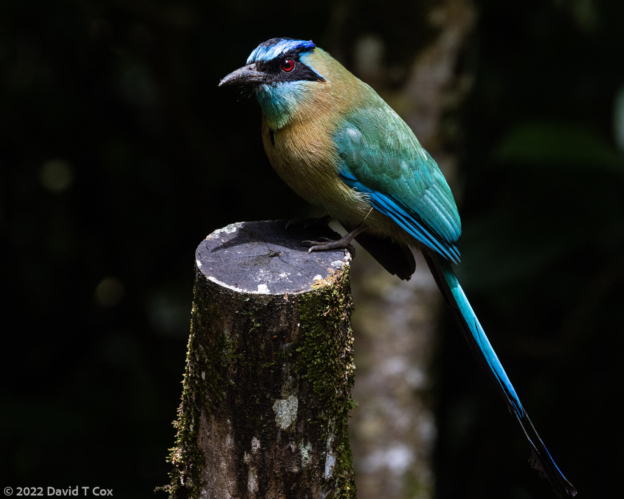