I last reported on leaving Yellowstone from Cody, and was headed to Dubois, WY to be near several river headwaters – more on the headwaters later. Before heading to Dubois, I spent a day traveling the famous Bear Tooth Highway, one of the most switch-backed highways through one of the highest passes in the Continental US.  It is open generally less than 3 months per year due to high altitude weather conditions.

Dubois is a small town in the valley which rises between the Wind River Range on the southwest, here comprising the Continental Divide, and the Absaroka Range, forming the wildest part of southeastern Yellowstone.  The drive northwest from Dubois crosses over the Divide at the high Togwotee Pass, then drops down into the Grand Tetons Valley, with the Grand Teton Range to the West.  Below the Divide, on the western side of the meeting point of the two ranges, I had my third and best encounter, twice in one day, with a grizzly bear, this one a huge healthy female with two small cubs. Later, upon discussions with a local and some internet research, I found the Mama grizzly was ear tagged with number 863, but was popularly christened with the folk name ‘Felicia’ (I still haven’t quite discovered how these names originate, but once they do, they stick). As grizzlies tend to stay in the same general area for life, local sightings provide a history of a female’s cub raising success. I got some pretty nice photos of Felicia and her two cubs, so the photos posted below are dominated by Felicia’s family.

I spent parts of two days in Grand Teton NP, and tried to reproduce some of the famous historic photos, particularly one by Ansel Adams. Actually, I tried to better Adam’s most famous photo of the Teton Range beyond the Snake River.  Adams used a huge 8X12 plate format camera and did his usual custom dark room dodging and burning to create his much reproduced print.  I used the latest digital equipment to take several dozen telephoto shots, professional software to stitch these shots into a single massive resolution photo, and Adobe Lightroom professional software to dodge and burn certain areas of the final shot.  My end result has more resolution (could be printed larger with better detail), and shows all of nature’s colors, while Adam’s remains black and white. In the end, I produced a very nice large color image of the Grand Teton Range.  Adams produced a masterpiece. A large scale print of Adams’ photo sold last year at auction by Sotheby’s for $988,000. I probably could sell mine for the price of the professional printer’s charge.

From Dubois I started my return trip, heading again through Rock Springs, then south into Colorado to Montrose, to visit for the second time the Black Canyon of the Gunnison National Park. On the way through northwest Colorado on small county highways I drove through areas where the roadways were covered with millions of 2 inch long Mormon crickets (really a type of katydid) passing from side to side, a plague on the vegetation in the area. The Black Canyon is one of the least visited Parks in the system because it lies so far off any tourist route or major throughway. The canyon is only a little over 10 miles long, but approaches ½ mile deep with less than ¼ mile across at top, forming the narrowest, deepest chasm that I believe I have seen anywhere on earth.  The vertical cliffs are almost black, inserted with lighter colored long wavy lines of ancient magma.  Standing at railings at the cliff edge looking straight down a half mile to the river induced in me more vertigo than has any overlook at the Grand Canyon.  On hiking the half dozen or so short trails from the car pullouts to the precipice’s edge, the surrounding shrubbery sounded alive with clicking noises; upon close inspections, the small branches were seen to be covered with small beautifully marked cicadas – I have included a photo – I do not know whether these are the same species as those back east.

From Colorado I dropped into New Mexico and for the third time visited the Chaco Canyon National Historic Site.  This is a little visited Puebloan Indian site, but is by many accounts the single most important ancient Puebloan site.  The dry canyon contains within a 4 mile stretch at least 5 huge pueblos constructed entirely of native rock and ponderosa pine log roof or floor supports, with hundreds of multi-story ‘condo’ rooms.  The outer perimeter walls form giant ‘D’ shaped enclosures with central courts and dozens of Kivas. The largest and most excavated is Pueblo Bonito, which covers 3 acres and where the straight wall of the ‘D’ shape runs 175 meters. It contains approximately 650 condo units, some built up to 5 stories, with 3 Great Kivas and 32 regular Kivas (Kivas are circular, mostly underground, masonry lined rooms with huge pine trunks forming a cross pattern to support a roof structure – thought designed to mimic the earlier underground pit houses, they morphed into ceremonial structures. De-forestation to construct the pueblos and severe drought affecting crops coincided to probably explain the demise of the Chaco Canyon complex as well as almost all other Puebloan complexes in the 4-Corners region.

From Montrose I have traveled to Silver City for a couple of nights, and tomorrow return to Tucson.

You might wish to skip the remaining sections of this report and go directly down to photos, as the remainder contains a summary of my thoughts, developed over a number of years, on the origins of three major river systems in the US.

I traveled to Dubois in part to visit the area of river headwaters for three major continental US drainage systems which I have grown to believe are misnamed, resulting in their sources being unappreciated. I will briefly summarize my reasoning for each river system, identifying each with the current accepted names (which I try to show are in error). Historically, river naming conventions generally attempt to use the name of a) the longest tributary above the confluences, b) the tributary with the largest flow, or c) the tributary which drains the largest area.

Mississippi River Drainage:  Once the extent of the Missouri River became known (after expedition of Lewis & Clarke), it became obvious that the Mississippi River should have been named the Missouri below the confluence. The Missouri above the confluence is twice as long, drains 3 times the area and generally equals or exceeds the flow of the Mississippi. The Mississippi, however, was named so long ago there was no change.  Unappreciated still, at the confluence with the Missouri, just inside the western border of N. Dakota, the Yellowstone River has the larger flow, and appears to have a slightly longer run as the Missouri has an indefinite start just west of Bozeman, a wetland into which numerous small streams run. Thus, I posit that if properly named, the lower Mississippi and Missouri all should be known as the Yellowstone River, the mightiest river in the US, which runs down to the Gulf Coast.

My Conclusions: The three great river systems, which together drain over 55% of the continental US, should be known as the

Yellowstone River which drains, into the Atlantic at the Gulf of Mexico, the central 40% of the entire US which lies east of the continental divide,

Snake River which drains, into the Pacific, almost the entire northwest US which lies west of the continental divide, and

Green River which drains, into the Gulf of California, the entire southwest and part of the northwest US lying west of the continental divide.

Most interesting for me and the reason for the visit to Dubois, these three river systems have their headwaters within less than 70 miles of each other, centered approximately on Dubois, WY. The Yellowstone starts at Younts Peak about 33 miles NNW of Dubois, just inside southeastern Yellowstone Park.  The Snake starts at Ocean Plateau South Mountain, about 16 miles WNW of Younts Peak in southeast Yellowstone Park. And the Green starts at Winifred Peak, just south of Gannett Peak about 27 miles south of Dubois in the Wind River Range. Thus the headwaters of the 3 drainage systems for 55% of the continental US all start next to each other, just across the continental divide, running respectively east, west and south.

My apologies for the aside discourse on river headwaters. 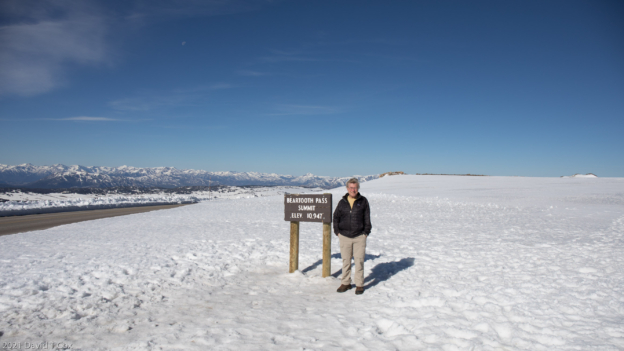 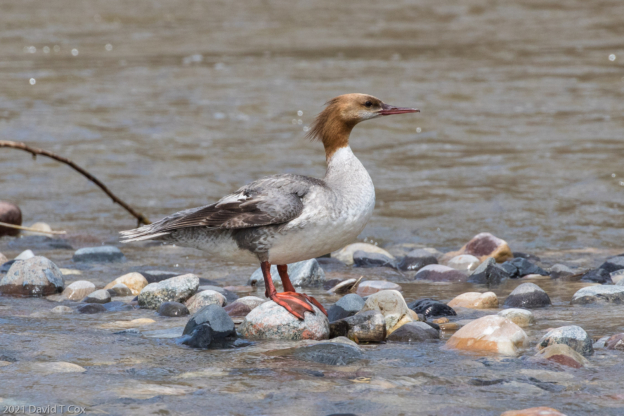 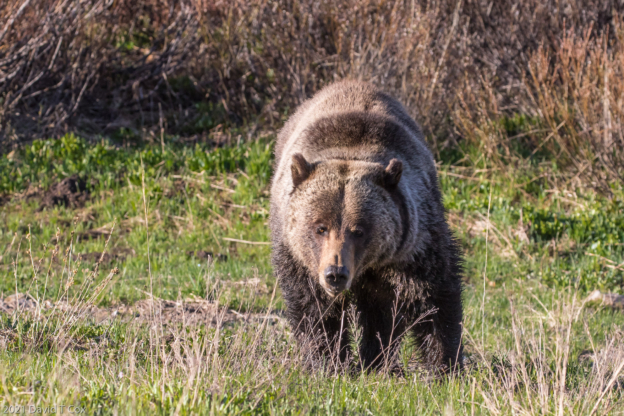 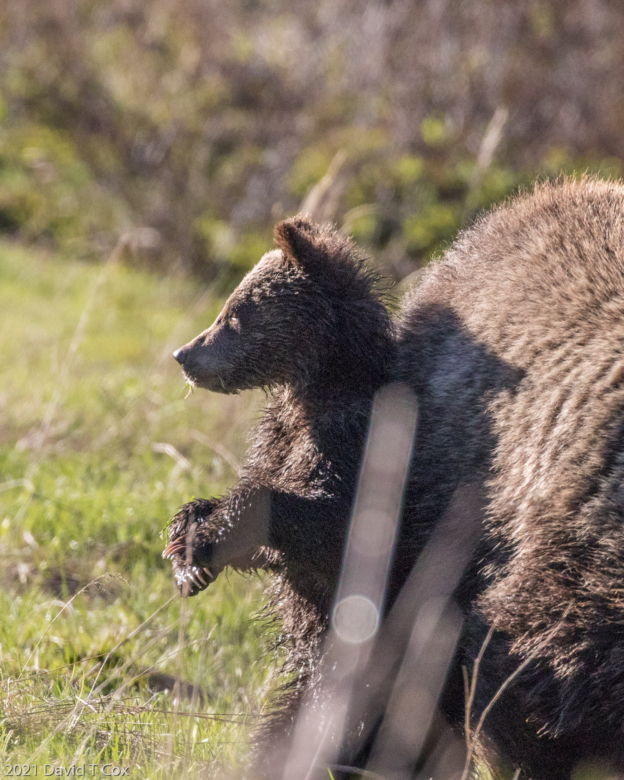 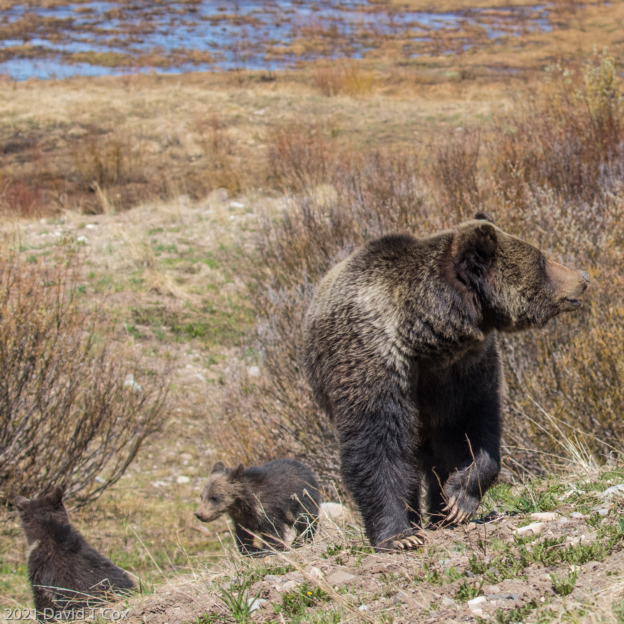 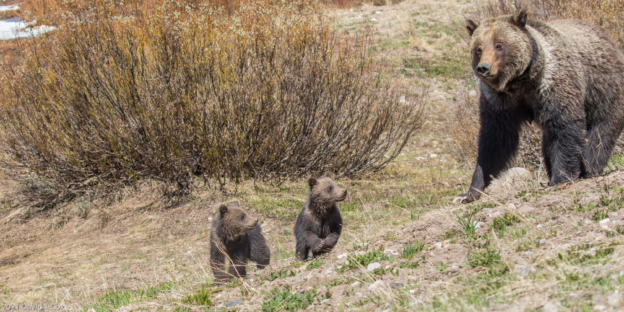 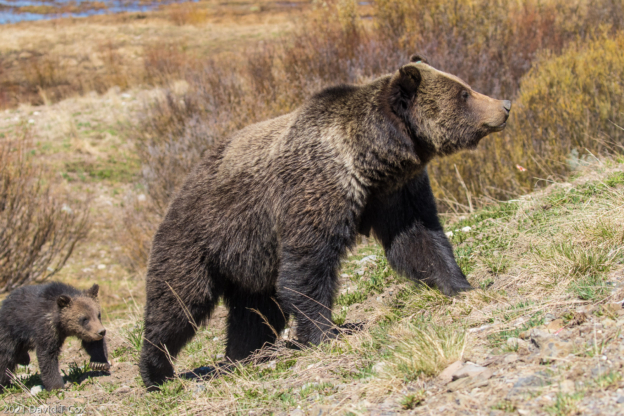 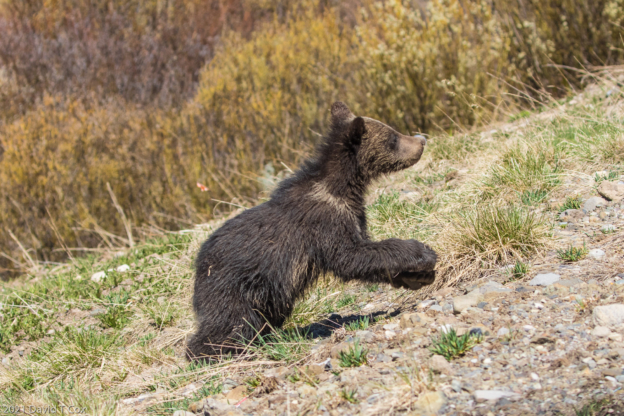 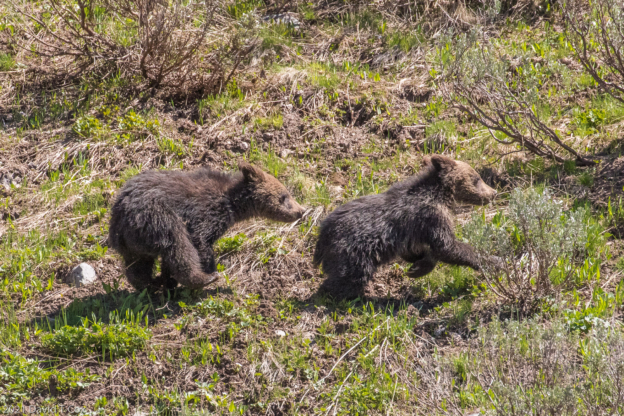 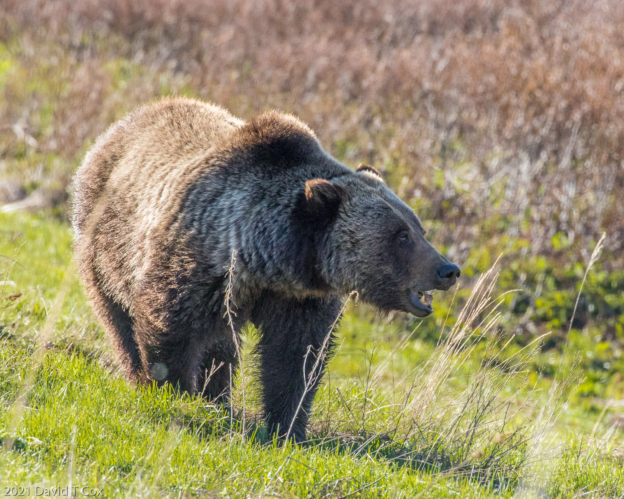 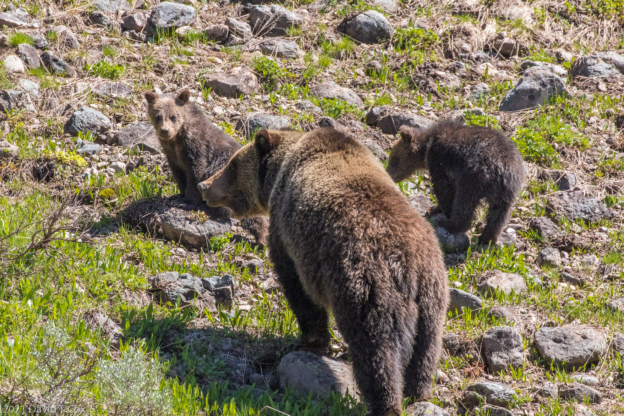 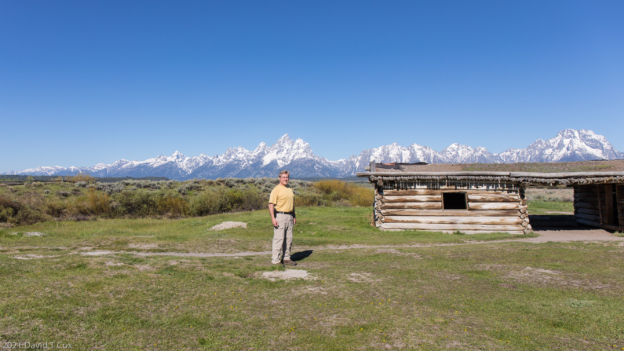 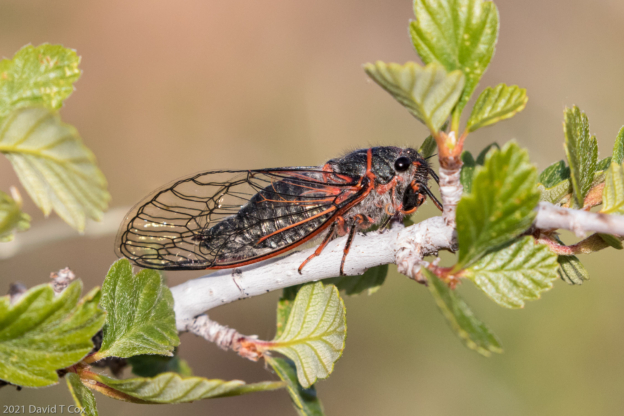 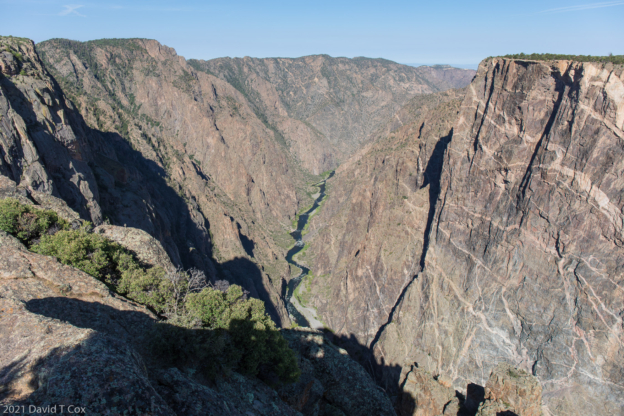 Black Canyon of the Gunnison, CO 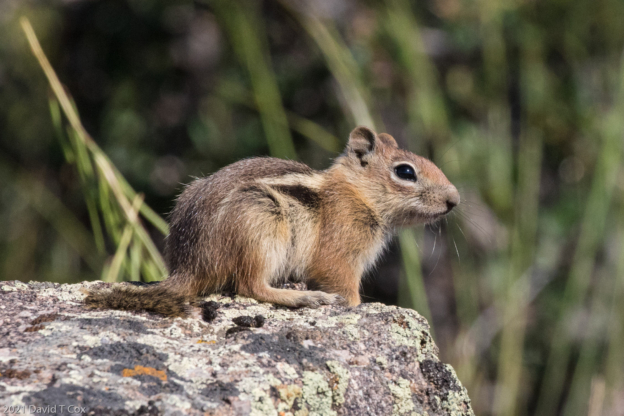 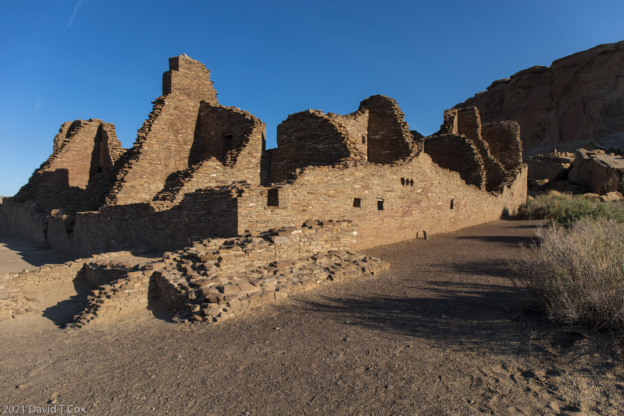 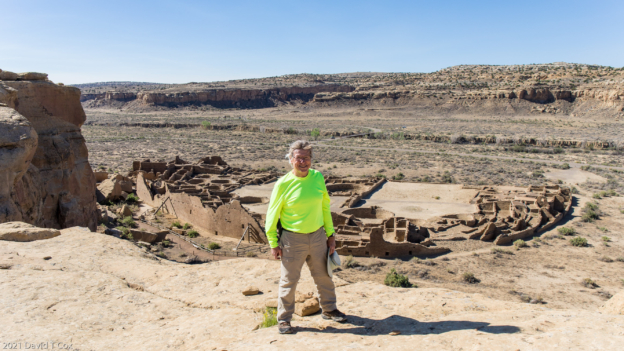