Hello all.  After a month on the road around 4-corners, I have returned home to a hot and stormy Tucson – on Thursday afternoon, in less than 30 minutes, we had a huge rainfall just over the few blocks around my house.  An official local rainfall meter just blocks away showed over 3/4 of an inch.  May not seem like much to some of you, but that is 10% of our annual rainfall, in half an hour.

Since my last posting I visited just 3 new sites of some interest, so have little to report and few pictures.  I have visited Mesa Verde National Park many times in the past, and it remains one of the most fascinating accessible areas for viewing Anasazi archaeological sites, including many remarkable late Puebloan III period cliff dwellings.  This trip I just made one quick pass to hike into the main petroglyph site in Mesa Verde.  Not much – just one single panel with a number of zoomorphic petroglyphs which modern Hopi elders (descendants of the Anasazi) claim to represent the various clan symbols of the people who  lived on Mesa Verde 8-14 centuries ago.

From Cortez I spent one long day driving down into north-central New Mexico, including some 50 miles round trip of washboard dirt roads, to the Crow Canyon, a side canyon to the Largo Wash.  The area currently is BLM land, and covered with operating oil and gas well pumps, but from 1600-1750 was part of Dinetah, the traditional home to the Navajo.  The canyon is known for perhaps the best existing Navajo rock art from the period of Navajo occupation.   Although “known” and discussed online, the actual visitors to the site are few; in the sign-in logs, I found no more than 5 visits per month registered within the recent past.  Some moderate hiking is required to get to the various panels.  The rock art all consists of petroglyphs, most on sandstone with a reddish patina, making for rather colorful figures.

My last full day, I stayed in Gallup, and visited the El Morro National Monument and the Zuni Reservation.  El Morro is a large sandstone bluff outcropping and mesa in north western New Mexico.  It is unusual in that at the base of one of the cliffs is a perennial spring which feeds a small pool  of water.  This of course has attracted travelers probably for millennia.  The mesa top has the ruins of two separate and very large pueblos of the Anasazi (in this case ancestors of the Zuni).  Atsinna Pueblo, the larger of the two, contained over 800 rooms around 1200.  Very little archaeological work has been done at the ruins.  Around the base of the bluffs, the lower cliff faces are covered with the “graffiti” of centuries.  Higher on the walls are petroglyphs of the Anasazi, but below them (reachable from todays ground level) are hundreds of inscriptions left by travelers and explorers, the earliest of which was left in 1605 by the first Spanish “governor,” Oñate,  who set up camp here in the late 1500s.  Hundreds of Spanish inscriptions follow for the next 200 years.  The first English inscription was left in 1849, and misspelled the word “inscription” by leaving out the “r”.  A much earlier and lengthy Spanish inscription originally described the subject as a “Christian gentleman”, but subsequently had the word “gentleman” (caballero in Spanish) scratched out – no telling why, but a copy of the inscription made in 1849 showed the “correction” already made.  Interesting, and tough to make changes when authoring in sandstone.  Later. Dave 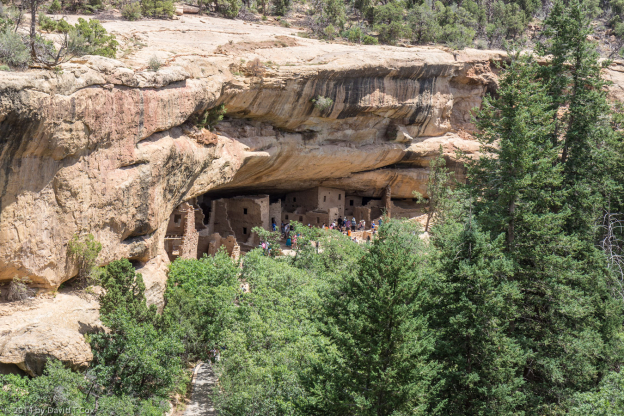 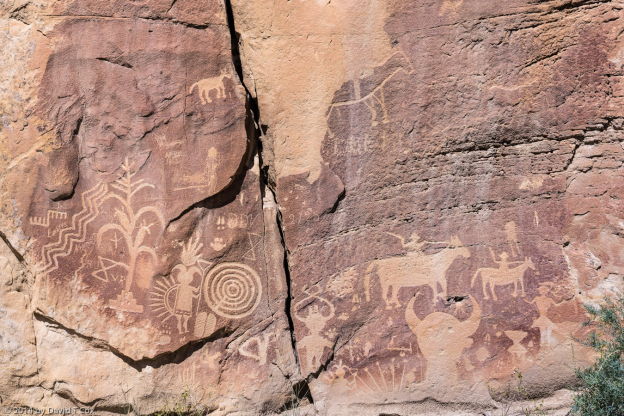 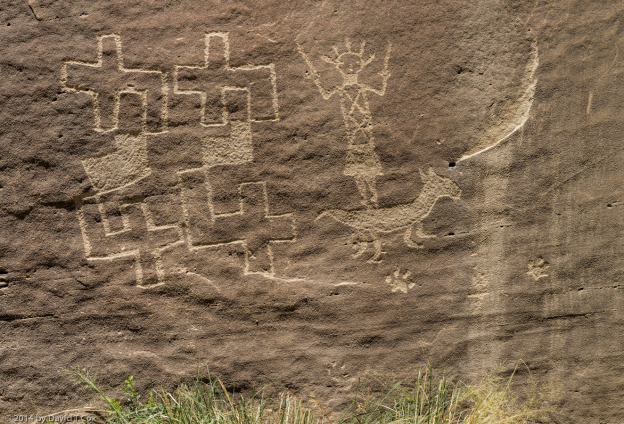 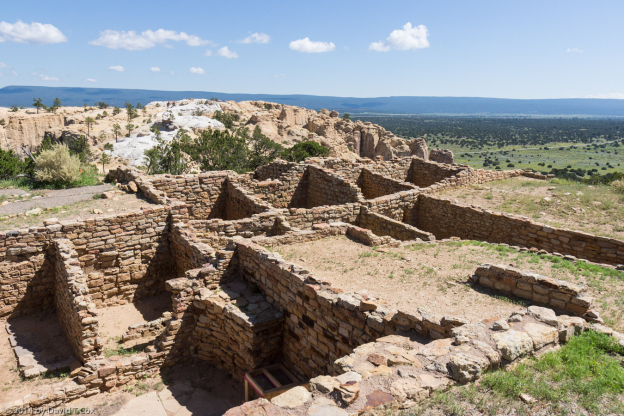 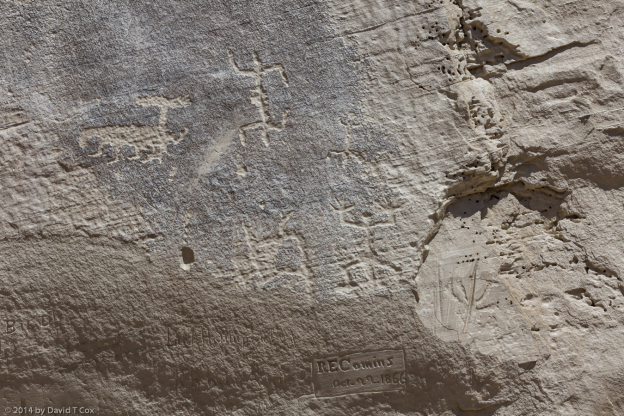 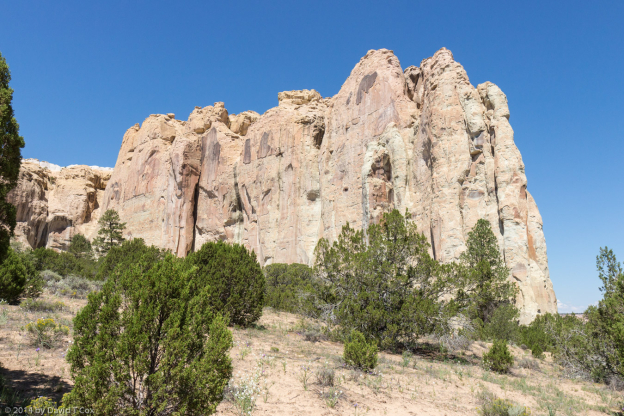