Hello everyone.   Since last I wrote from the Petrified Forest and Homolovi, I have re-visited 3 areas in northern Arizona and one in southern Utah,  all unified both by their stunning monumental bluffs and canyons and by their having served, around a millennia ago, as homelands to the Ancestral Puebloans (“Anasazi”).  All are within or bounded by the Navajo Reservation.

Canyon de Chelly (along with the adjoining Canyon del Muerto), a US National Monument, provides one of the most stunning visual treats in the US; the second largest canyon system in Arizona (after the Grand Canyon), the walls rise as sheer cliffs to increasing heights as one travels up from the mouths of the canyons, until reaching close to 1,000 feet above the canyon floors.   A small number of Navajo live in relative primitive conditions within the canyons, and the great cavities (“alcoves”) formed within the lower sandstone walls contain the ruins of many ancient Anasazi pueblos and cliff dwellings, most dating to the 10th to 13th centuries.  One can drive to various overlooks above the canyon walls, and one trail exists providing hiking access into the canyon at the White House Ruins.

In years past one could drive into the canyons with a suitable 4-wheel drive vehicle, and a Navajo guide authorized by both the US Park Service and the Navajo Nation; one also could join a tour from the historic Thunderbird Lodge, riding on rock-hard seats on top an open-air Korean War vintage weapon carrier with locked 6-wheel drive.  Both methods permitted exploring the canyon floors for many miles.  The Park Service has recently turned over most admission rights to the Navajo Nation, along with control of the campgrounds and lease of the historic Thunderbird Lodge facility (now renamed “Sacred Canyon Lodge”); the only deep access into the canyons is now by tour with 1 of 10 private Navajo individual businesses with tour jeeps.  No provision is made for solo travelers or small groups to join others, and no central booking is permitted.  One simply must make private arrangements with an operator, picked at random from a telephone listing.  The going price is $440 for a day tour.  Very unfortunate, in my view.  I wished to travel into the canyon for a couple of days to photograph rock art.  The price and randomness of calling an unseen operator deterred me.  Fortunately I have traveled into both canyons in the past.

I stayed for 2 nights in the Cottonwood Campground, and photographed extensively from the rim overlooks, as well as hiking down the White House Ruins trail.  It seems impossible to describe in any realistic sense the wonder of the views, so I will let the pictures included below serve – including the White House Ruins and the iconic Spider Rock formation.

From Canyon de Chelly I drove up to 4-corners and back around to Monument Valley, the famous movie location for a number of John Wayne (director John Ford) movies, among many others.  The area was “discovered” for Hollywood by the Gouldings, who built a trading post there, just on the Utah side, in the early 20th century.  I stayed for 3 days at the Gouldings RV park.  Of interest, it turned out to be the height of “foreign tourist” season – the RV park was always full by mid-day, and 90% of the RVs were the “rental van” type.  This contrasts to most touristed areas, where the majority of RVs are the large owner occupied types.  In the restaurants, here and later in Bluff, I was told almost all the August tourists in the southwest are French – July produces a more balanced flavor from all over Europe.  Interesting – I never knew that.  Either way, summer tourism in the southwest is international tourism.

From Gouldings I traveled into Monument Valley, as well as a couple of partial day trips south to the Navajo National Monument, the site of the best preserved cliff dwellings in the country, Keet Seel and Betatakin.  I previously have hiked the 17 mile trip to Keet Seel, walking through quicksand and climbing over 1,200 feet of elevation change, but my newly discovered start of hip osteoarthritis has probably ended such jaunts.  I did hike down a newly created 3 mile trail (600 foot drop, mostly down stairs, with the inevitable return trip), to the impressive Anasazi cliff dwelling of Betatakin, which housed around 120 people in the 13th century.  The cliff dwelling alcove is also visible from an overlook from the rim above.

To properly see the “monuments” of Monument Valley, one must drive around a 13 mile rutted single track dirt road which winds down and around the most impressive view points.  I have recently been emphasizing super-sized composite images in my photography (very briefly this involves first taking multiple moderate telephoto shots to provide full coverage of the same scenic area one would ordinarily wish to cover with a single wide angle lens shot – then using special software and proper technique to “stitch” together the multiple images into a single composite, often a very “wide angle” image.  These images can be printed to huge sizes containing more resolution than is visible to the naked eye without magnification).  I have taken dozens of such images at all my stops, but Monument Valley provided the perfect opportunity for many such shots.  I include copies of these in the pictures below, but of course, the full size and resolution cannot be seen as the “online” shots are of necessity very considerably downsized.

From Monument Valley 4 days ago I drove up to Bluff, Utah, which sits on the San Juan River.  In my prior visits here I have found this to be the center of some of the most spectacular and prolific ancient petroglyph panels anywhere.  I concentrated getting large panel photo shots on the amazing Sand Island Petroglyph panels.  One large panel always has intrigued me, and this time I was able to study it more extensively by getting a detailed composite photo of the entire panel, and then scrutinizing the photo.  I have included it below under the caption “Sheep Hunt Panel”.  It is easily observed, seen by thousands, but I have not found a write-up on this panel.  It appears to me to have had all the individual images created at the same time, and by the same or related artists, and very much seems to form a single very large active scene or mural.  If this is true, it is quite rare if not  unique.  The panel in the photo is probably about 12 feet high by 25 feet long.   On the left half a great herd of bighorn sheep flow away from the center; to the far left side a group of apparently jumping men with arms held wide seem to be startling the sheep to stop.   Four bow hunters populate the scene, one shown hitting a sheep with his arrow.  At the far top left a small group of sheep stand around a great antlered mule deer, and a single bow hunter.  Two sets of tracks follow the sheep path, one the cloven hooves of a sheep, the other apparently a person’s footprints.  On the right side, facing right, are no fewer than 6 Kokopeli images, standing among various other figures and sheep.  To their right, a small group of sheep cluster around what to me appears to be a “bighorn sheep Kokopeli”, a most unusual figure.  Among the Kokopeli are 4 or more “helmets”, possibly Katsina images.  Also present scattered throughout are bird images, and several of what I call “frog-men” images.  Between the flowing sheep and the Kokopelis stands a large oddly shaped humanoid with feathers on the head and hair coiled at the ears, holding perhaps a club.  All in all, a fascinating panel, and supremely so if, indeed, it is a single mural.

During my limited online research for information on the Sheep Hunt Panel, I stumbled across a very recent publication – 2011 – by a southern Arizona archaeologist and a northern Arizona language professor, “authenticating” 2 mammoth petroglyphs in the Upper Sand Island Petroglyph panels.  This is quite stunning to me.  I am not aware of any genuine zoomorphic or anthropomorphic petroglyphs of this antiquity in the Americas.  Mammoths would have been extinct from southern Utah by about 11,000 years ago (just about the time most archaeologists agree man first migrated to the continent).  American petroglyphs which are determined to be even 6,000 to 9,000 years old consist generally of just deep grooves, pits, and sometimes more complex lines.  Of course, the problem with all petroglyphs is they are very nearly impossible to date.  Perhaps some more complex shapes, including zoomorphs and anthropomorphs, really are 10,000 years old, but have been considered more recent.  The referenced petroglyphs are astonishing because, if indeed they display mammoths, the dating is secure (no other contacts with pachyderms until recent history, and these petroglyphs safely are determined not recent).  I spent a day looking for the site with no luck.  Asking around town, I got the area narrowed to a few hundred meters along the middle of the Upper Sand Island bluffs, but still no luck.  The published article credited a local Bluff artist with “discovery” of one of the petroglyphs which he then showed to one of the authors.  With the help of the owner of my RV Park I managed to locate this artist, Joe Pachak, and got a better account of the location and landmarks to look for.  Tuesday at dawn I again returned to the long bluff face along the river, and after half an hour, found the spot.  I have included a photo of both animals.  “Mammoth #1” (so numbered in the publication), shows the animal facing left, together with the superposition on its right haunch of what obviously is a bison.  The two animals together are about 3 feet long.  Although the bison appears to be the work of a different artist, and appears less weathered, if the first is indeed a mammoth, the bison probably would be the giant extinct species also of the late ice age.  Mammoth #2, which is just under 2 feet long, also is facing left.  Mr. Pachak showed me photos claiming to show more bison near the same panel, although I cannot yet make them out.  The two mammoth figures are about 8 feet apart on a panel in a line with some other indecipherable figures between.  The panel sits about 16 feet above a rock bench which itself is about 25 feet above the Sand Island floor.  The authors claim from a geologist report that the panel is located at what probably was the ground level during the last of the ice age.   I am  at just over 50% confidence level the two animals are mammoths, but the authors claim a much higher degree of confidence.  An extremely exciting rock art find.

Yesterday I drove the short distance over to Cortez in the southwest corner of Colorado.  For the first time in 3 ½  weeks the nights are cool – I left Tucson in part to escape some heat, but have been surprised at how warm the evenings have remained through all of north-eastern Arizona and into Utah.   I am taking a day or two of down time to catch up on some correspondence, including this post.  I then expect to visit the Crow Canyon Archaeological Center just outside of town which apparently did the rock art survey work on the Sand Island site discussed above.  I may find someone there to discuss with me the “Sheep Hunt Panel”.  Later.  Dave 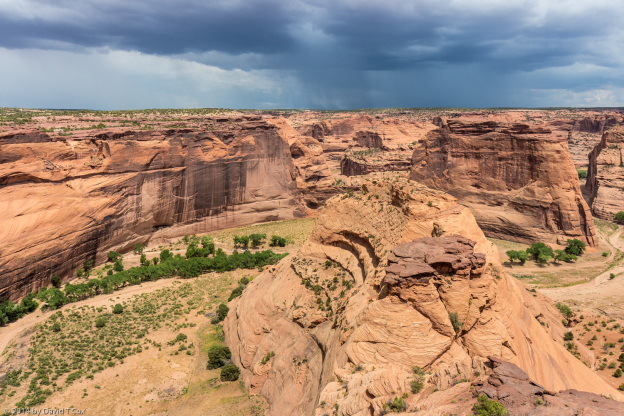 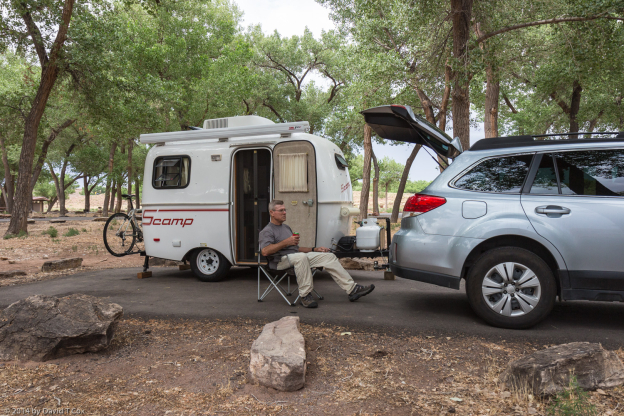 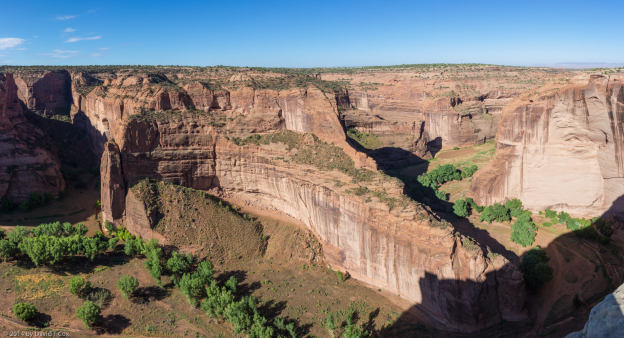 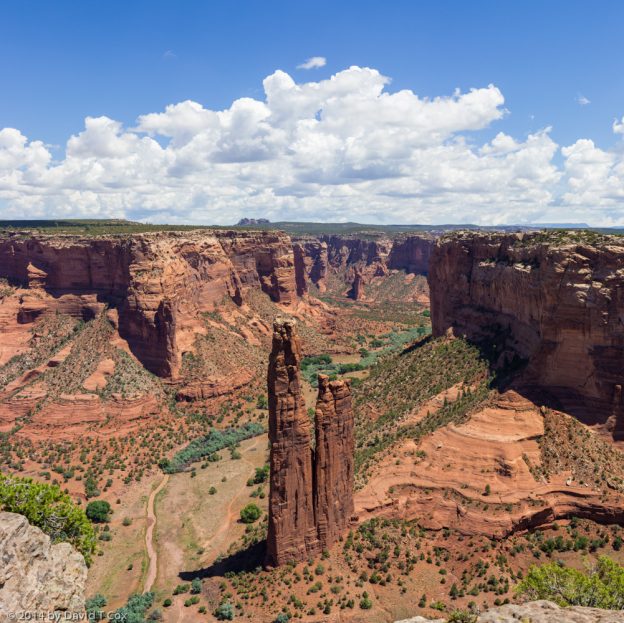 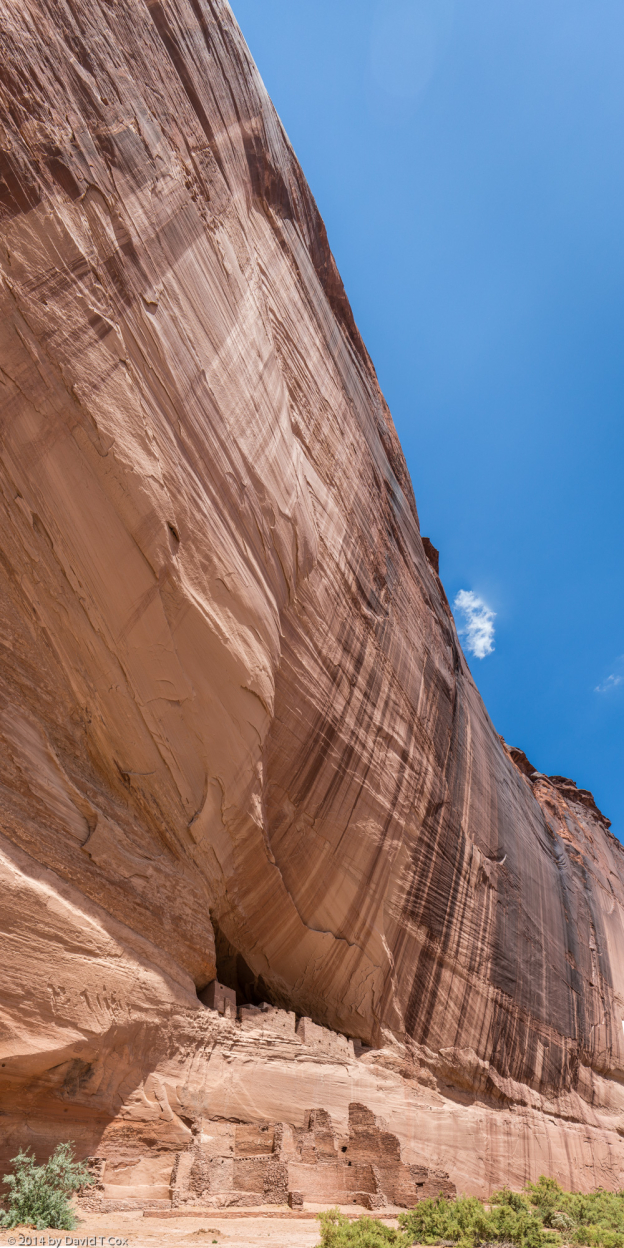 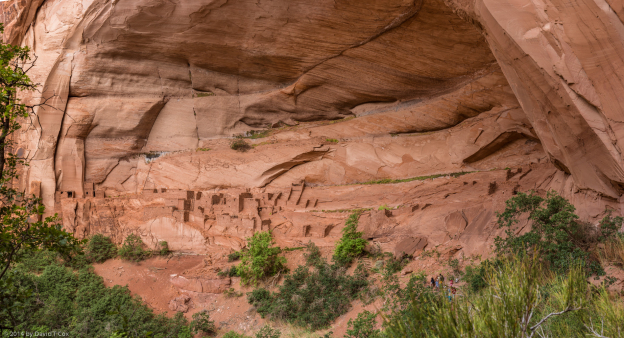 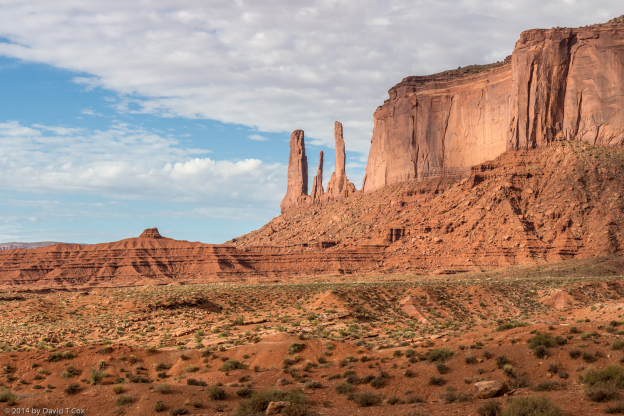 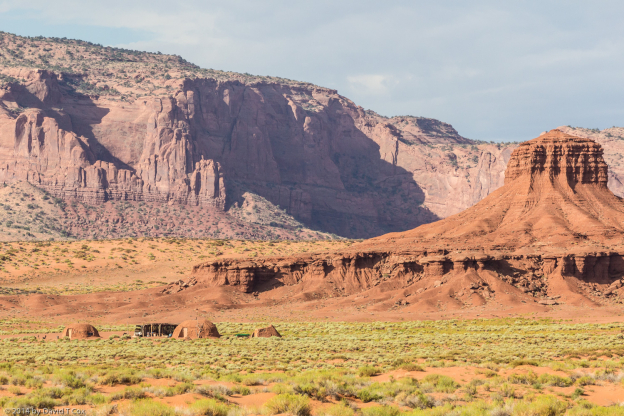 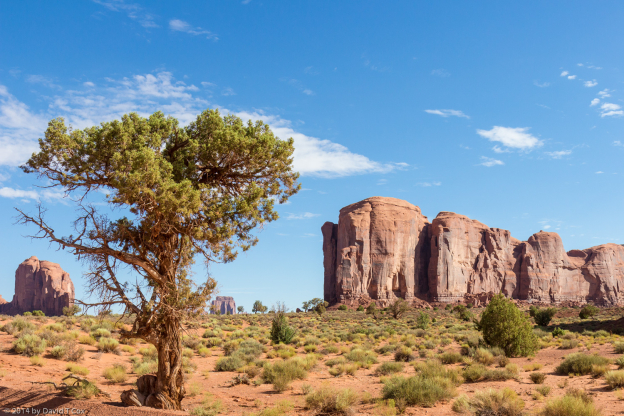 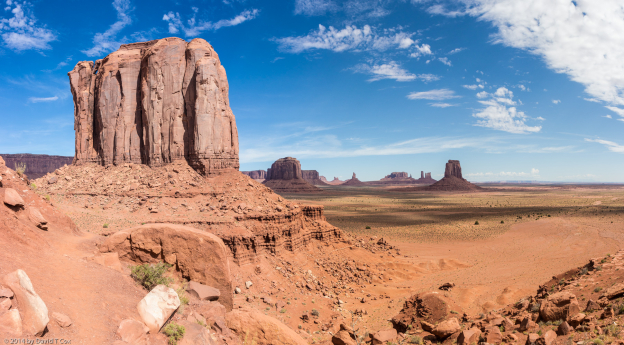 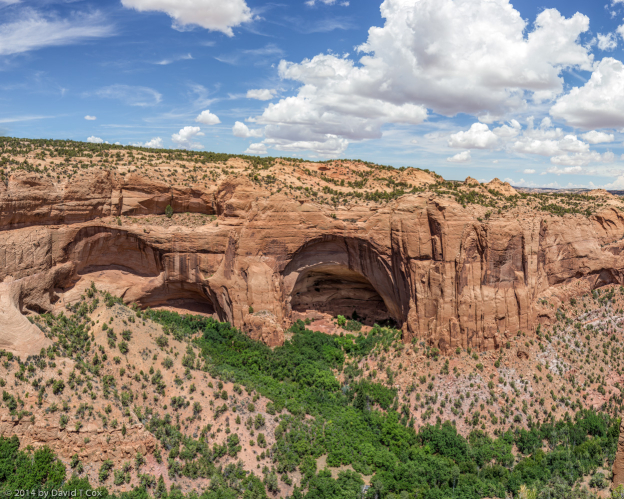 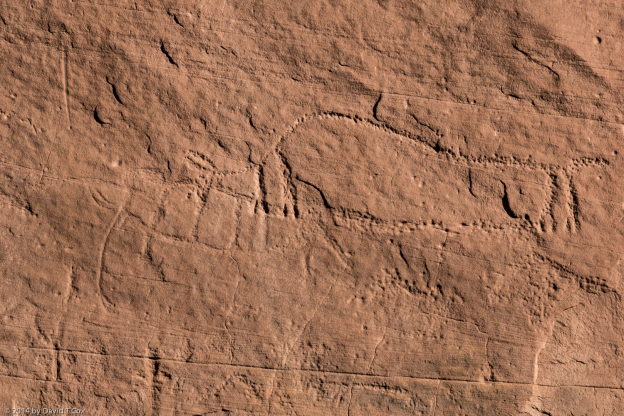 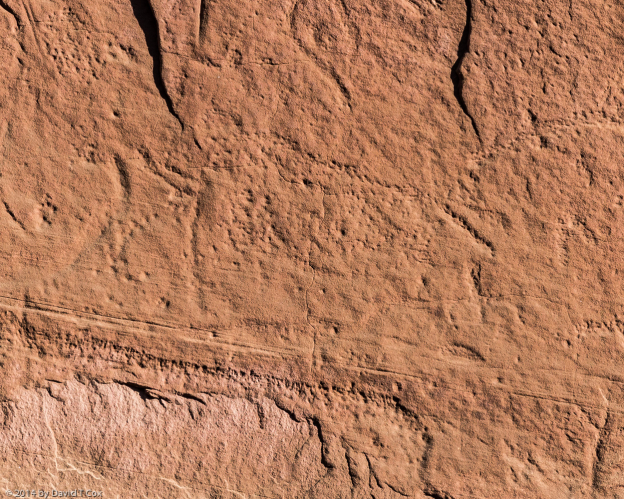