Hello.  I last reported on Tirimbina Rainforest on the Sarapiqui River.  From there I moved just a few miles to La Selva’s Lodge on the Puerto Viejo River which controls a large swath of primary rainforest adjacent to the Braulio Carrillo National Park.  This mostly is Caribbean lowland rainforest with a huge number of animal and bird species.  The center offers many dorms and cabins for visiting scientists and students participating in onsite research.  All meals are included and served in a cafeteria style – the food, while not exactly top flight, was always more than filling.  I spent 5 to 7 hours daily walking the miles of trails through the rainforest.  While in the trail system, except in occasional spots where a giant tree has recently fallen, one seldom sees the sky, and only hints of scattered specks of light indicate whether it is cloudy or clear.  This is where the forest floor is not much brighter than night under a full moon. Around the station’s administrative center, dorms and labs, the area is somewhat cleared and attracts a huge number of birds.  I believe it rained some every day, and on occasion there were huge downpours.  Under the canopy one often can only hear the rain – after maybe 20 minutes the drops will begin to fall from the leaves and reach the forest floor.

My favorite trail, the Sendero Arboleta, had recently produced a camera trap photo of a jaguar a few weeks before my arrival.  Of course, the chances of actually seeing one live are nil. The weather was unalterably hot and humid, broken only by being hotter if under sunlight, and a little less hot during the rains.

I did manage some interesting photos.  If you go through the photos below you might notice quite a number of them have birds appearing on the same tree-shrubs thick with packets of small berries, the unripe ones a pretty pink-red and the ripe ones dark blue-black. I think I counted over 20 species of birds on these shrubs eating the ripe berries.  I was very lucky to spend time watching a Three-toed mother sloth with a 3-month-old baby clutching to her chest, and I managed a couple of pretty neat photos of the pair.

The Howler Monkey families roared at all hours.  A large suspension bridge crosses the Puerto Viejo River connecting parts of the Station, and the Howlers use the suspension cables as their highways across the river.  Often two families would sit in the trees over opposite sides of the bridge and for hours hurl what I took to be insults back and forth over the river.

From La Selva I arranged a private driver to transport me onward to the touristy town of La Fortuna on the eastern flanks of the Volcano Arenal, one of the most perfect volcanic cones on earth.  Some eruptions occurred from 1968 through 2010, but the mountain is docile now.  I will be here at the Monte Real Hotel for some 8 days.  Later.  Dave 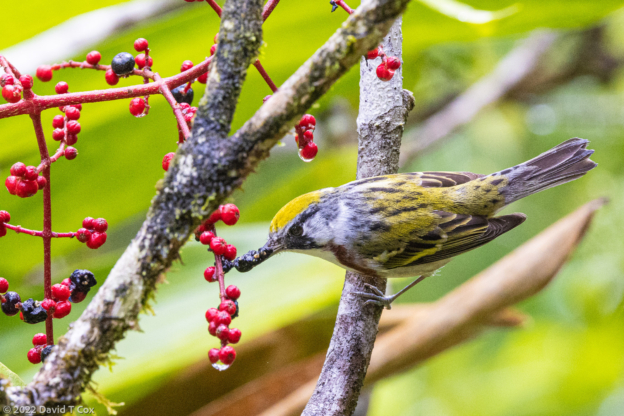 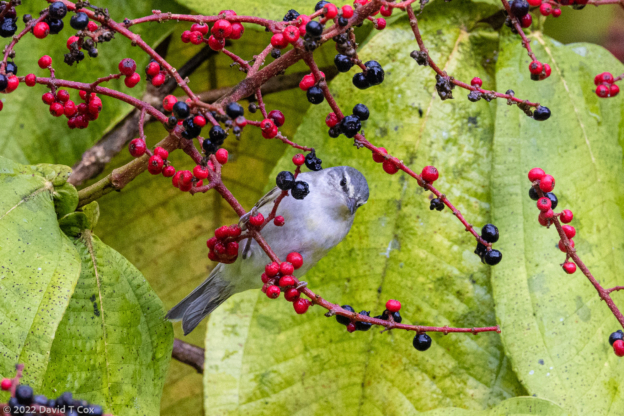 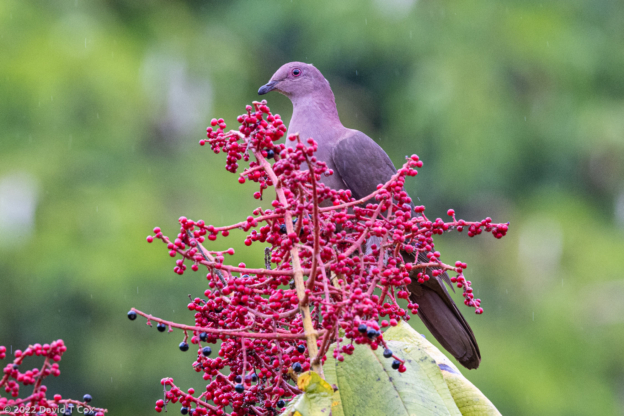 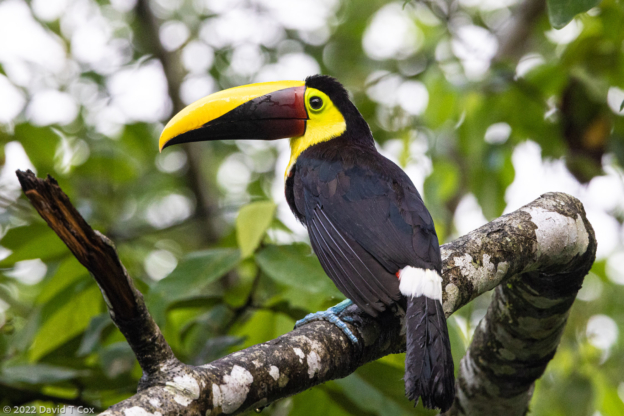 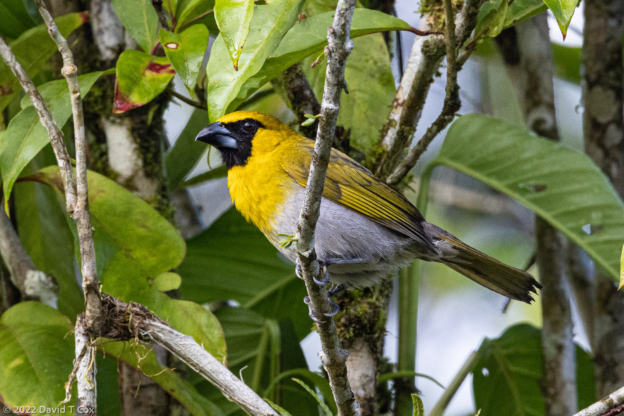 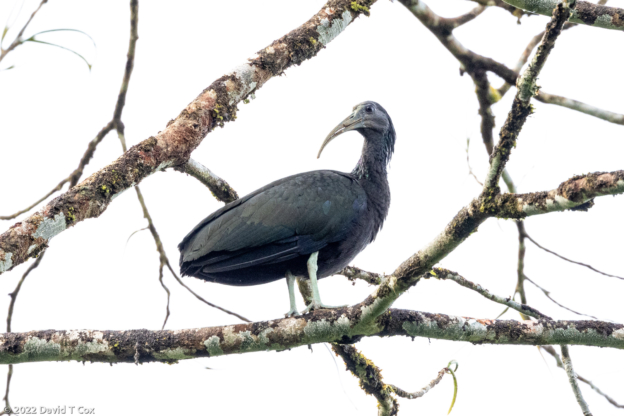 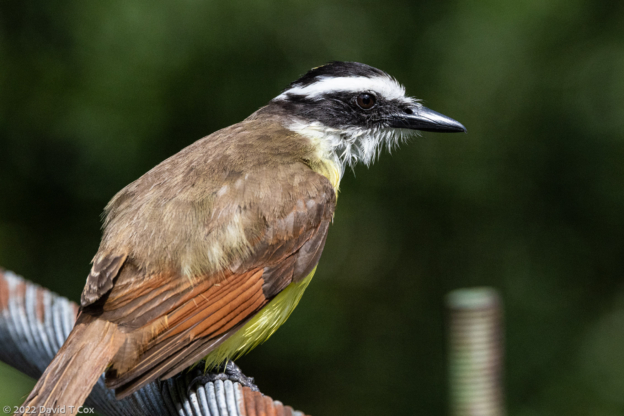 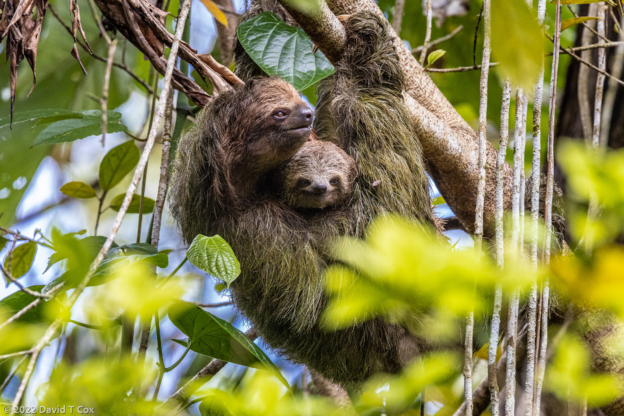 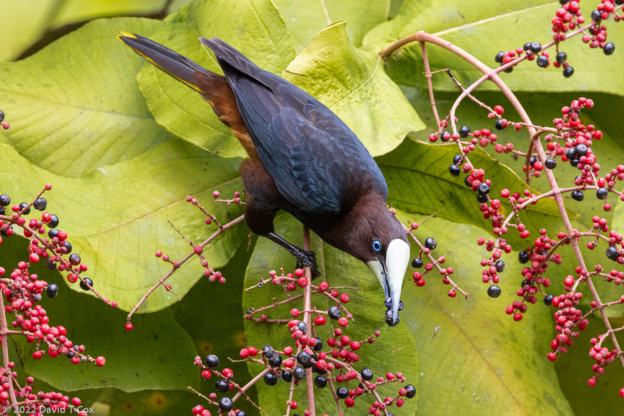 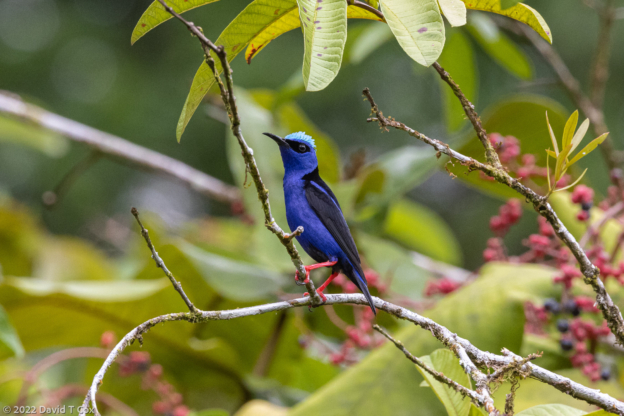 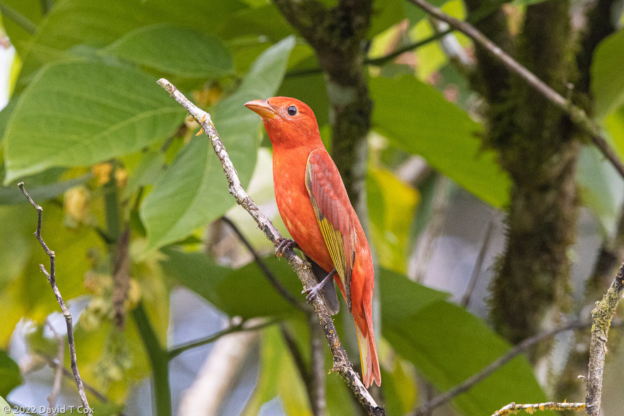 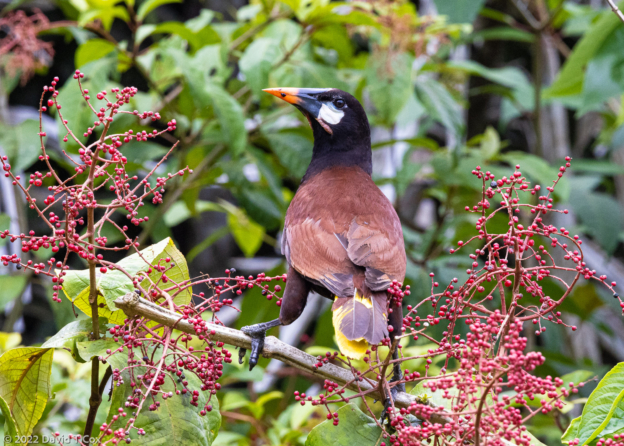 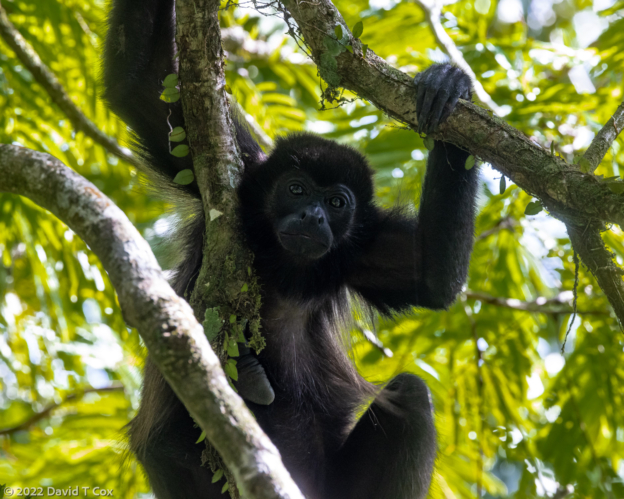 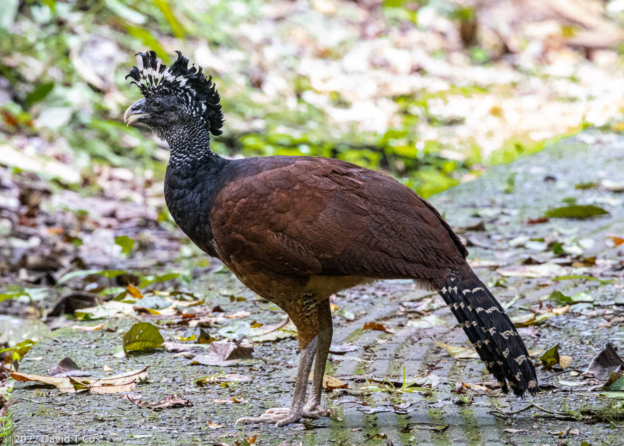 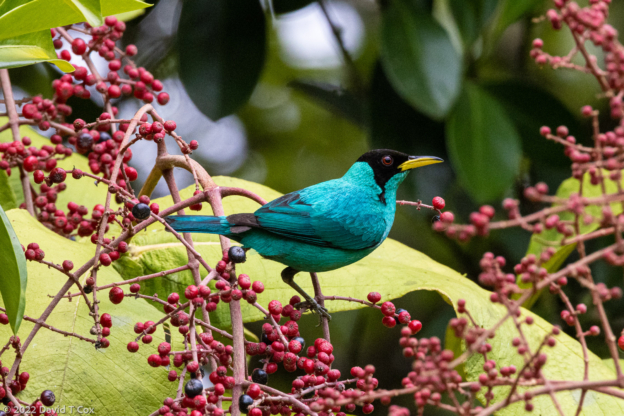 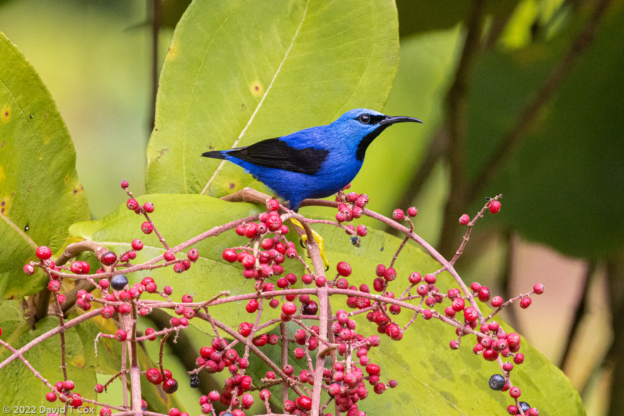 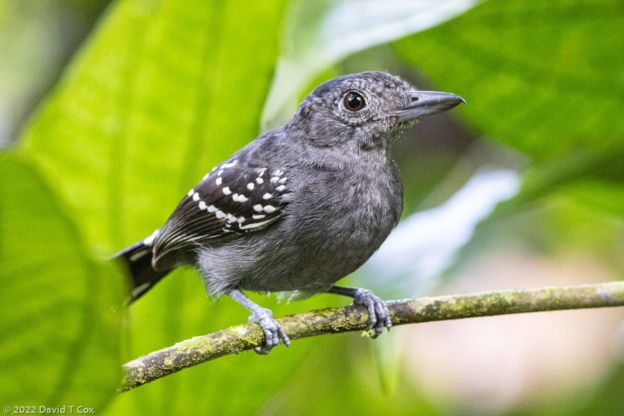 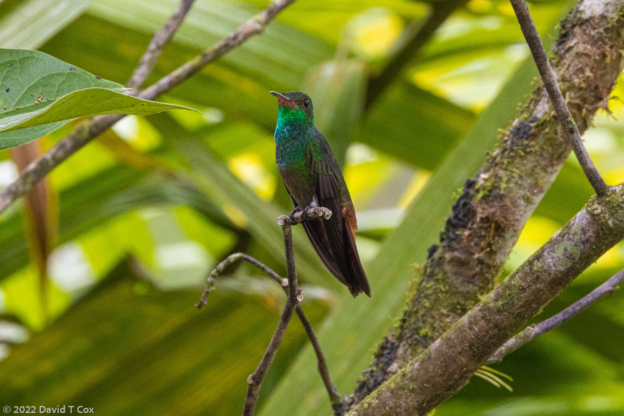 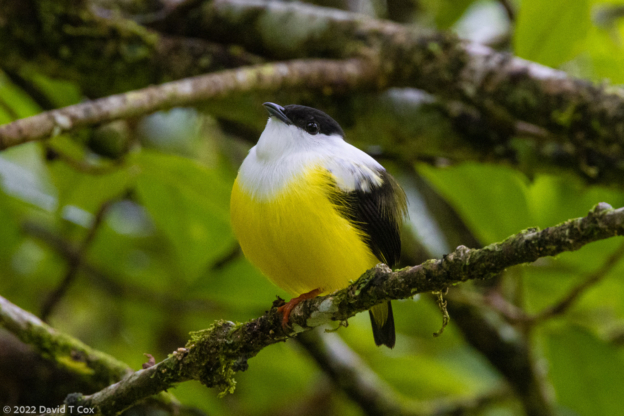 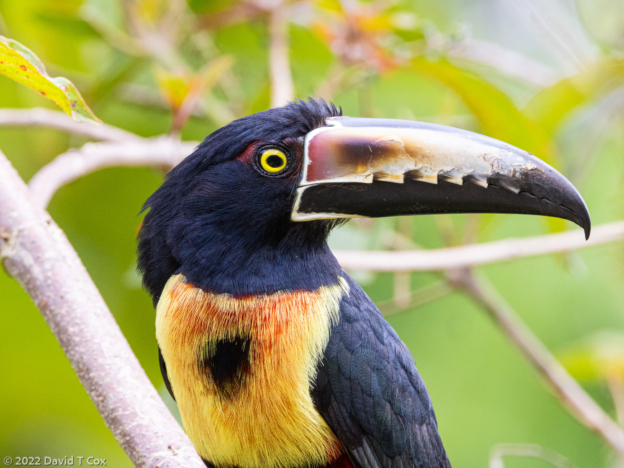 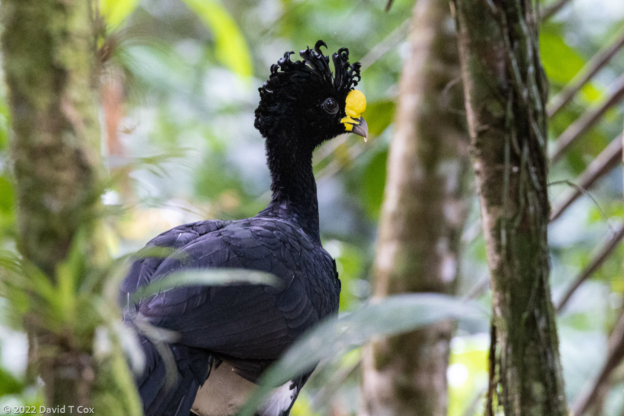 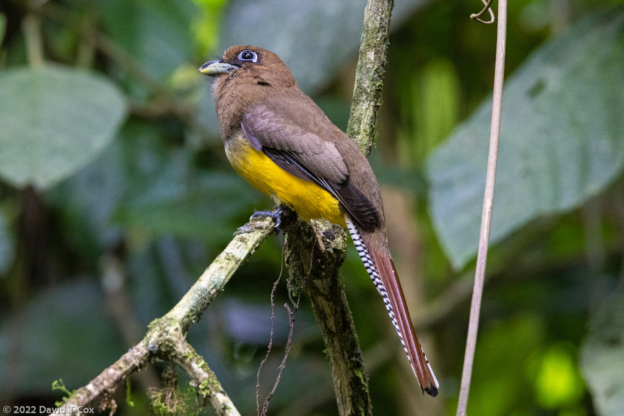